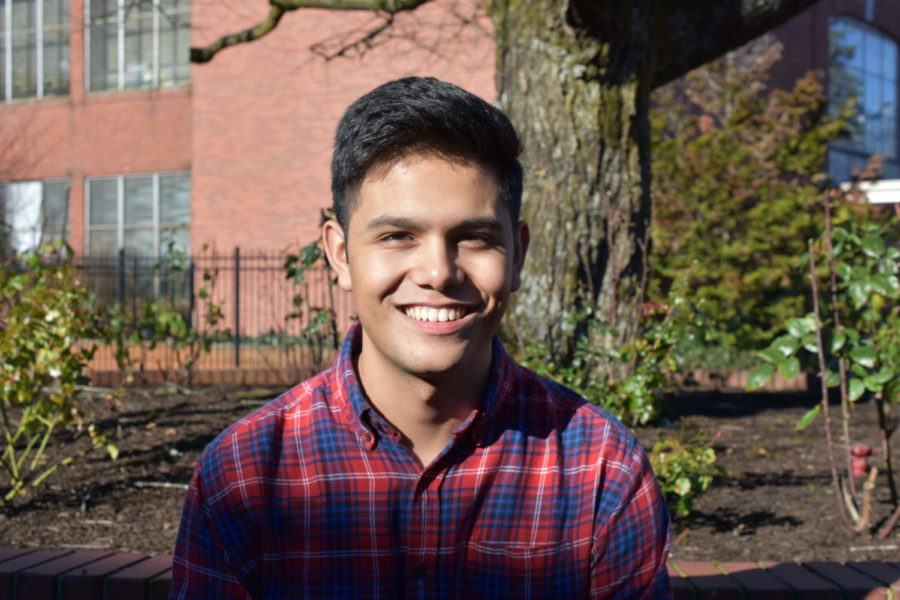 In 1905, a small group of men and women with diverse backgrounds gathered together in Chicago to express similar passions: to better the world in which we live. Now, 114 years later, the non-profit “Rotary International” has networked globally to smaller clubs and chapters around the world, comprising of over 1.2 million members all with a heart for the community. One of their largest chapters lies here in Portland, the Portland Rotary. Since then, smaller branches have reached new areas, one being the “Pearl Rotary” located in the Pearl.

The Pearl Rotary seeks to promote education, starting with their neighborhood school in Lincoln. Each month of the school year, a student from Lincoln is selected by Rotararian herself, Peyton Chapman as the “Portland Rotary Student of The Month”: an award for students who align with the Rotary visions.

Below, you will see each selected winner by their month since September. Included is a description of their activities and academics, which helped qualify them for their award.

Moreno was introduced as the first awarded student of 2018. Within the campus, he is a member of the Magic Club, a club revolving around the popular strategic card game, Magic. He is a member of Vivace, the student run cappella group, and is a full IB diploma candidate.

Moreno serves as the Amplify Director at Oregon Student Voice, a student run non-profit dedicated to bringing students’ voice to education policy decisions. Moreno is responsible for running the policy department and advocacy arm of the non-profit. He also started SHOVELS, Students Helping Organize Votes to Enhance Learning Spaces, a non-profit that helped advocate for the passing of bond measure 26-193, to help rebuild Lincoln.

Moreno enjoys reading and running in his free time.

While enduring the rigor of a full IB schedule, Aldersea makes her leading spirit felt throughout the community, especially as Lincoln’s Co-ASB president.

“I am trying to be that support system for ‘the next generation’ of leaders in order to create a more equitable, diverse future at Lincoln,” says Aldersea.

She leads the Model United Nations Club, is student co-chair of LHS’s sesquicentennial committee and serves as a Cardinal Peer-mentor.

Before graduating in the conclusion of the 2019 school year, she carries a message she wants all to hear.

“Empower yourself and empower others,” an idea Aldersea exemplifies to perfection. “The ability to empower is an amazing thing.”

Tayna Munyua, while extremely active within Lincoln and the surrounding community, Munyua made herself best known through an original speech, “The Danger of a Single Narrative,” in October, inspired by author, Chimamanda Ngozi Adichie’s Ted Talk. She discussed the false narratives and misconceptions of countries beyond the westernized world, especially stressing Africa.

“What I want people to take back from presentation is that they should not fall into the trap of a single narrative,” says Munyua. I want people to… actively seek to learn more about people outside the western world.”

She has also joined in many clubs including BSU (Black Student Union), along with OWL, a non-profit organization made by Lincoln students that uses writing to teach and help inspire personal development for elementary students. Munyua is a a full IB diploma candidate too.

Otis Kohnstamm, since freshman year has desired to make an impact at Lincoln. An entrepreneur and natural leader, Kohnstamm hosted the Portland International High School film festival in November of 2018. He began his work with the festival as a filmmaker his sophomore year, then took over as a co-host his junior year and transformed what was then known as the Grant High School Film Festival to the Portland International Film Festival.

“After seeing the fusion of art and community action my sophomore year as a filmmaker, I was eager to become a host for the years to come,” said Kohnstamm.

Leading it to new heights, the festival has been a soaring success. Tickets that are purchased for the festival are donated to Water 1st International, a grassroots organization that builds water irrigation systems and functioning toilets for some of the poorest communities in the world. Through this work with Water 1st International he was placed on the youth board during the fall of his junior year.

“My experiences with Water 1st thus far have been nothing short of remarkable”, said Kohnstamm.

Kohnstamm, however, has extended his leadership purist past this, also being named the captain of Lincoln’s varsity lacrosse team for his senior season, despite joining late, his sophomore year.

“The bonds shared and relationships [on the team]  have forged taught me about the meaning of camaraderie and altruism,” said Kohnstamm.

Through being a part of the leadership team, Kohnstamm was deemed one of the “Flock Leaders” for his senior year.