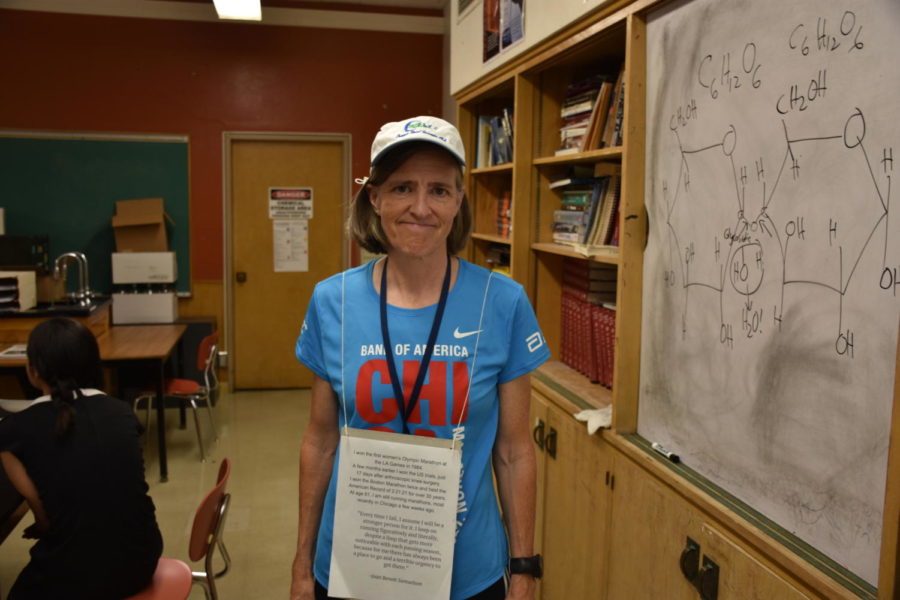 During the day, Maureen Kenny can be found working with students in her IB Biology class, designing creative labs that get students moving, analyzing and measuring.

In her free time, she can be found doing another thing she loves: running.

“We were talking just today about glycogen and how it was our energy source. And sometimes I’ll mention that, [similarly to running,] when you run out of glycogen, you’re kind of toast.”

Earlier this month, Kenny participated in the Chicago marathon.

“It was super fun,” said Kenny. “There were so many people there. Just in my starting corral, there were probably more people than I’ve ever run with in Portland.”

As one of the six Marathon Majors, the Chicago Marathon is considered one of the most elite races in the world.

This isn’t the only marathon she has run. Since she started in her sophomore year of high school in Seattle, Washington, Kenny has run a total of 11 marathons.

Even though Kenny loved running in high school, there were times when she had to work to regain her fitness.

“It just keeps me mentally healthy,” she continued. “I’ve lost a family member when I was young, and it really helped me get through that; I got divorced four years ago, and running was really helpful in getting me through that. It’s very much about mental health.”

Another teacher at Lincoln, Henry Hooper, knew Kenny when they were in a running group together before he was at Lincoln.

“She’s been an inspiration,” said Hooper. “She’s quite a good runner, a determined runner, a lifetime runner, and I really admire her.”

“Maureen Kenny is one of my personal heroes,” he said. “She has continuously been able to raise a family, to be committed to her athletics and her teaching, and is just an exemplary person, and fun to be with.”