The Cardinal Times • May 4, 2018 • https://cardinaltimes.org/12484/opinion/business-savvy-assess-trade-wars-visual/ 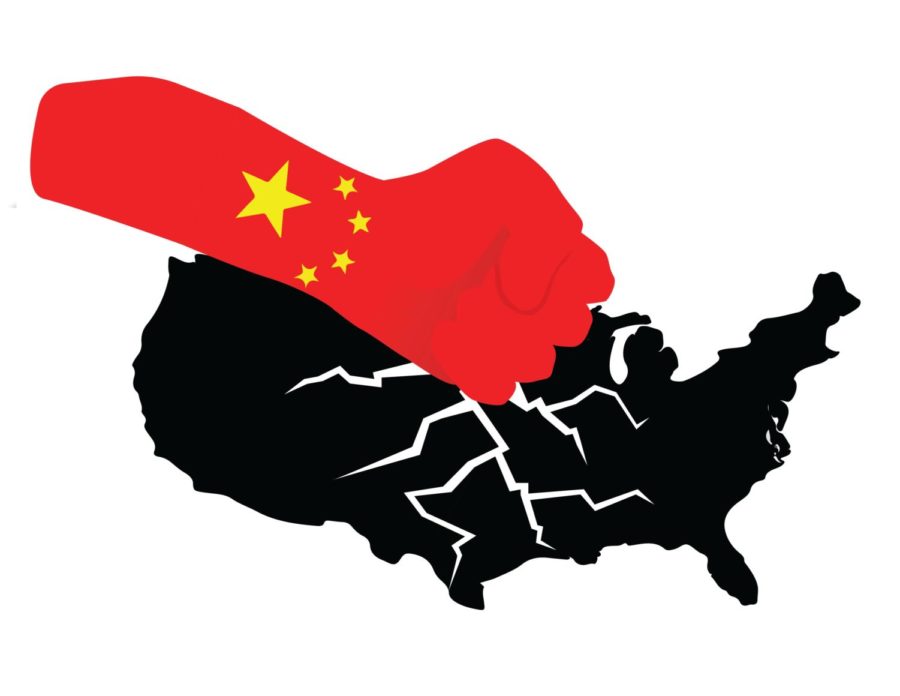 Trade wars occur when one country perceives another’s trade practice as unfair, and raises tariffs on the other’s imports. As a result, the other country retaliates with more imposed tariffs. According to many businessmen, these wars often yield few benefits and instead cause harm to both the initiators and opponents. President Donald Trump, however, recently tweeted Trade Wars are “good, easy to win.”

On March 22, Trump announced that he would consider a 25 percent tariff on $50 billion of Chinese imports as punishment for Chinese intellectual property practices.

A Trump Administration investigation found that the Chinese government pressured US companies to give over their intellectual property, according to Everett Eissenstat, deputy director of the National Economic Council for international economic affairs. In order for foreign companies to access the Chinese market, they must partner with Chinese companies.

Beijing assailed the US with tariffs up to $3 billion of exports three hours later. China’s Commerce Ministry imposed 25 percent tariffs on 128 US imports, including pork products and scrap aluminum. The ministry also rolled out a 15 percent tariff on various fruits and nuts, and steel piping.

By April 6, the Dow Jones Index dropped sharply by 2.3 percent, whilst the S&P fell by more than 2 percent.

Some economists have stated that no one wins trade wars and that the inflicted damages are too calamitous to justify the benefits.

Senior Amahn Enayati, Lincoln’s Investment Club founder, is concerned over a potential trade war with China. He fears that American tariffs will not only damage other countries, but also elicit stark repercussions for the US.

“Ford uses steel to make cars, but now because of the tariffs, they have to use US steel, which significantly increases the costs to make their cars,” Enayati says.

He warns that as a result, an American company with thousands of employees may suffer.

The club’s president adds that “our products are not made in just one place,” and that only about 4 percent of iPhones, for instance, which are labelled “Made in China,” consist of Chinese parts or materials.

Enayati  believes that Trump’s steel tariffs on China “was a terrible move.” The senior states that General Motors, Ford and Coca-Cola will have to spend more capital on steel, which will increase the prices of steel goods in the US for every consumer who buys their product.

“With a price increase comes less sales and production, therefore destroying thousands of American jobs and weakening the American economy as a result of the tariff,” Enayati  predicts.

He fathoms efforts to “try to level the playing field when one country is unfairly subsidizing products,” and adds that China may “be guilty of this.”

However, he urges that the American government reevaluates its own economic policy.

“[Americans] pay 6 cents per pound more than the world price as a result of sugar tariffs with a huge economic cost,” Waugh notes, “$5 billion plus [are] paid annually by the US government to support corn, soy and wheat.”

He stresses that half of US soybeans go to China.

Waugh further adds that “free trade is a great thing; lower prices, increased consumption and economic growth. A win-win for everyone. Trade wars are bad.”

Enayati  concurs with Waugh. He deduces that China’s soy tariff on America can be bilaterally harmful.

“Soy is a product that is used a lot in China, and is a large export for American farmers. Many American farmers have already voiced extreme fear for their livelihoods after this specific tariff,” he believes.

“Targeted tariffs may make sense, but I’m not sure if the approach the United States is taking is well thought out,” Horton says.

She is unable to trust Trump’s trade decisions.

“[Trump] still doesn’t take the expert advice given to him even though he lacks experience and skill in the field,” the entrepreneur says.

Horton fears trade wars could stagnate US companies. She explains that given many companies are in global markets, they will “face retaliatory tariffs from other countries that will prohibit their growth.” This retaliation, she posits, will render these companies “less competitive in the world markets.”

“Statistically, the same Americans that are going to be impacted by this tariff on soy, are the ones who voted for Trump.”

He adds that this may have been a strategic move from China, “where they try to target the people who voted for the problem.”

On Gross Domestic Product, Enayati  says that it is “such a broad way of looking at an economy, it’s hard to make conclusions when connecting it to anything.”

President George W. Bush increased steel tariffs in 2002 in a bid to help steelworkers, he said in a statement that year. In the same year, US GDP dwindled by $30.4 million, according to the US International Trade Commission. 200,000 jobs were lost, including 13,000 steel workers.

In regards to trade wars in general, Enayati  advocates for less trade barriers and more steps to pursuing free trade.

“The global economy has thrived on breaking barriers, it results in countries being able to specialize in certain productions, and trade with others, allowing for increased efficiency,” he discloses.