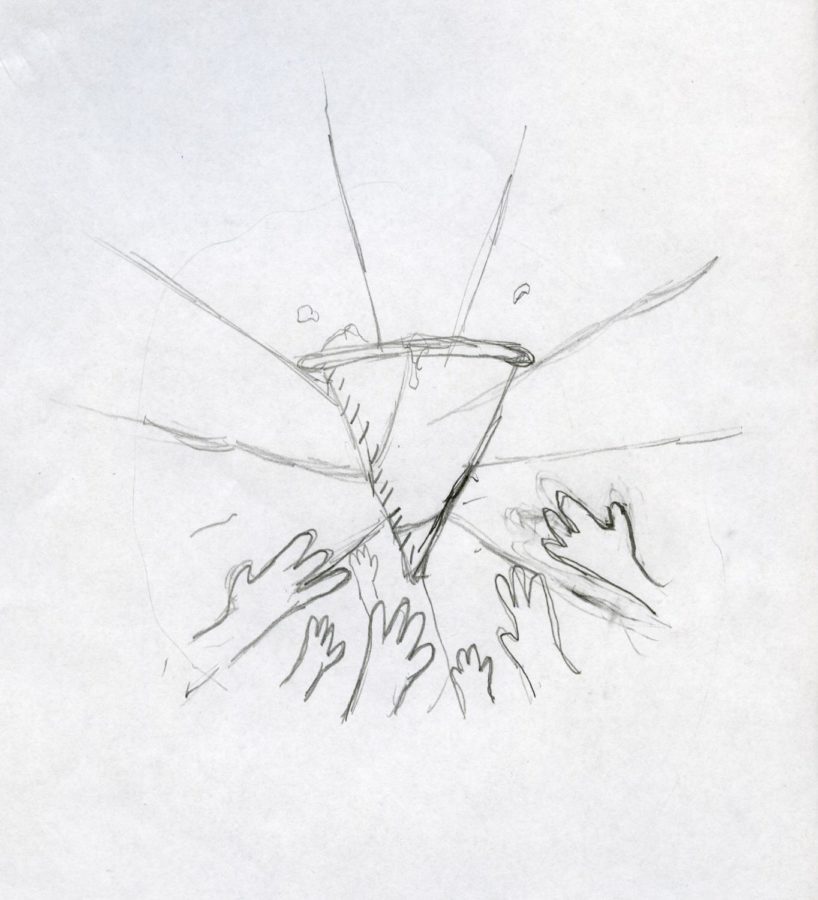 With the school rebuild years away, and the lead crisis not getting any better, it looks as though Lincoln will be stuck with the water coolers for quite a while. However, many students are noticing another problem: there are not enough cups to drink from those coolers.

With only a few dozen cups to a cooler, and coolers to serve more than 1,800 students and staff for a whole school day, cups are running out too quickly. Based on observations by this reporter, by 3rd/7th period, there are often no more cups left.

“There are just a lot of people at this school,” Carter Willis, a junior, said of the cup shortage.

In the spring of 2016, the school’s water fountains were shut down after dangerous amounts of lead were detected in schools across Portland. In May of 2017, PPS passed a bond to rebuild Lincoln in the early 2020’s, which will supply untainted tap water to students. However, until then, there are no plans to fix the current system.

There are eight water coolers located in Lincoln. Three of these in particular, however,  receive the most traffic: one near the main entrance, one near the auditorium, and a third near the library. Repeated observations show that these coolers are the first to run out.

“I think some people take a cup, drink, throw it away, then grab another cup for another drink,” said Gabriel Shaw, a freshman.  Recycling bins are often overflowing with these paper cups, some of which are still full of water.

“It would be convenient if they were always stocked,” said Sasha Dorner, a freshman. “But that’s not always possible.”

There are, however, custodians who restock the water stations whenever they can.

“Generally, when we run out, we just go down and refill them,” said vice principal Alfredo Quintero.

But unstocked water stations often go unnoticed by staff until later in the day. There still several parts of the day where, at some locations, no cups are left for thirsty students.