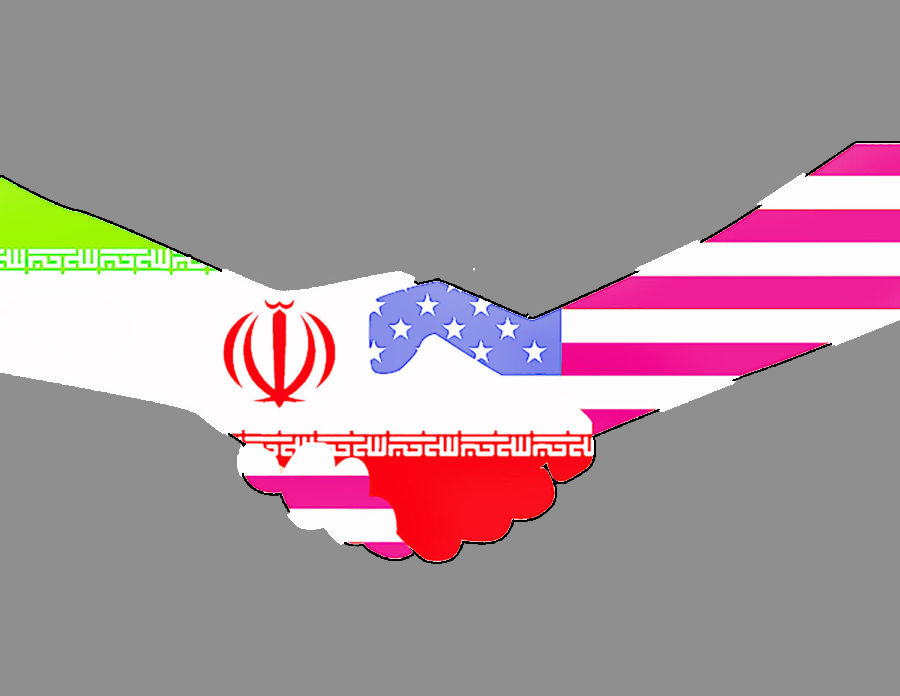 The Iran nuclear deal resolves to limit the Islamic Republic of Iran’s nuclear enrichment and stockpile. President Donald Trump, a staunch critic of the Iranian regime, has threatened to “abandon” the nuclear deal, but European powers were quick to reaffirm it.. Trump dubbed the negotiations a “bad deal” and vowed to find an alternative.

Made between Iran and the P5+ (China, France, Russia, the United States, United Kingdom, Germany and the European Union) in 2015, the deal stipulates that Iran must cut its uranium stockpile by 98 percent. In return, the United States and United Nations will lift all economic sanctions imposed on the theocracy, whose imports are mostly gas and oil.

British Prime Minister Theresa May said the deal is “vitally important for regional security,” whilst French president Emmanuel Macron said “I told [Trump] not to tear up the deal.” With the world divided, Trump’s threats and Congress’s decision could shake the globe’s political landscape.

Senior Parmis Taraghi, who is of Iranian descent, believes an abandonment of the deal would be “a huge step backwards.”

“Both [the US and Iran] have a lot to offer. I think that a relationship between the two could be mutually very beneficial,” Taraghi said.

She believes that there is no safe alternative to the deal.

“It is either diplomacy or war. If we move away from agreement and diplomacy, aren’t we just risking war?” Taraghi asked.

She added that “similar to the Paris Climate Accord [which Trump also wants to leave], there is no better [option]” to the 2015 deal.

Taraghi stresses that the impact on the “lives of civilians” is often underestimated under such agreements.

“Anything from medical equipment and medicine, to unsafe traveling due to lack of parts for planes, trains and automobiles” can be compromised, she warns, and “can make civilian lives miserable.”

Senior Arvydas Saffari, who is also of Iranian descent, said “[the deal] is mostly financial.”

He believes the US’s decision to leave the deal will produce a “larger repercussion in the business world than in the political world.”

“By cutting out Iran, America will turn to other countries to meet demands,” he added.

However, Saffari stated that the nuclear deal is imperfect.

“A revision of the deal might solve many issues, focusing more on helping out Iran and increasing our [oil] imports from Iran,” he said.

“Oil is the gold currency of countries.”

The senior noted that the US will be more negatively affected than Iran if the deal were severed.

“[This situation is]  similar to the Paris Accord, because [the US] is the only one backing out of it.”

“Iran itself will not be hugely affected. They still have [oil] buyers.”

“[Trump’s] decision has been formed to please the Saudi and Israeli governments,” senior Mani Mohtasham said.

He added that there is no reason for Trump to scrap the deal.

“The director of the [International Atomic Energy Agency] has also announced that Iran hasn’t violated the nuclear deal in anyway imaginable, and they’ve also increased the monitoring of the nuclear sites.”

The senior stated that his family in Iran could also be affected by the deal’s annulment.

“The sanctions will be reinstated and also possibly elevated. It will deprive Iran and my relatives in every single aspect of their daily lives – health, safety, technology, food and money,” Mohtasham worried.

Iran is one of the “only wealthy and advanced countries” which does have not any access to credit cards due to US-imposed sanctions, Mohtasham pointed out.

Similar to Saffari, Mohtasham warned that in the modern business world, lack of access to credit cards “has paralyzed the economic growth [of] Iran and its people.”