Senior prepares to compete in the Olympics 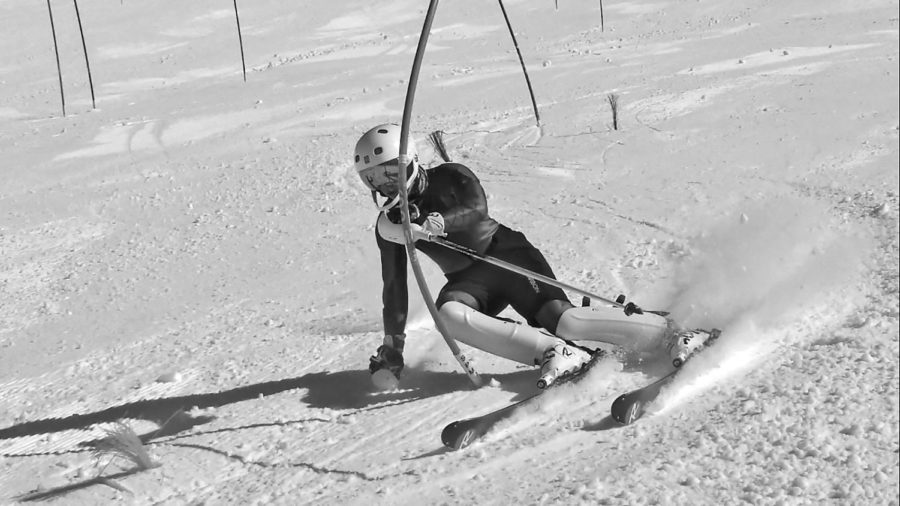 Senior Asa Miller skiis earlier this year. Miller is practicing to compete for the Philippines ski team at the 2018 Winter Olympics in Pyeongchang, South Korea.

The Winter Olympics are approaching and one Cardinal is preparing to compete.

Miller has experience competing on the international level. Last year, he competed in the World Junior Championships in Sweden. “I honestly didn’t do so well, but I went more for the learning experience and the opportunity to compete in a world event.”

Slalom is a form of racing where skiers compete to be the fastest down a course of poles and gates. There are two Slalom events scheduled for the 2018 Olympics: slalom and giant slalom.

“I will be doing giant slalom and normal slalom, depending on how I do in the next couple months,” says Miller.

“After I completed all of the ski school, my dad made me sign up to compete,” he said.

Because Miller is a high school student, he isn’t able to train like most professional athletes. He makes time for both school and skiing by driving up to the slopes on weekends, Wednesdays and Fridays. Mt. Hood Meadows is the usual training resort, but because of the lack of snow this year, he trains at Timberline Ski Resort.

For Miller, this is just the beginning. Erik Gilbert, Miller’s coach at Mt. Hood Meadows, says, “For a 17 year old, the door is wide open in terms of what he can achieve. When it comes to his technical and tactical skills, he has work to be done, but at the same time he has done a great job refining these skills.”

Miller explains that it requires time to ski and still find success in the classroom.

“It is a hard time to balance school and racing, but I try to do my best.”