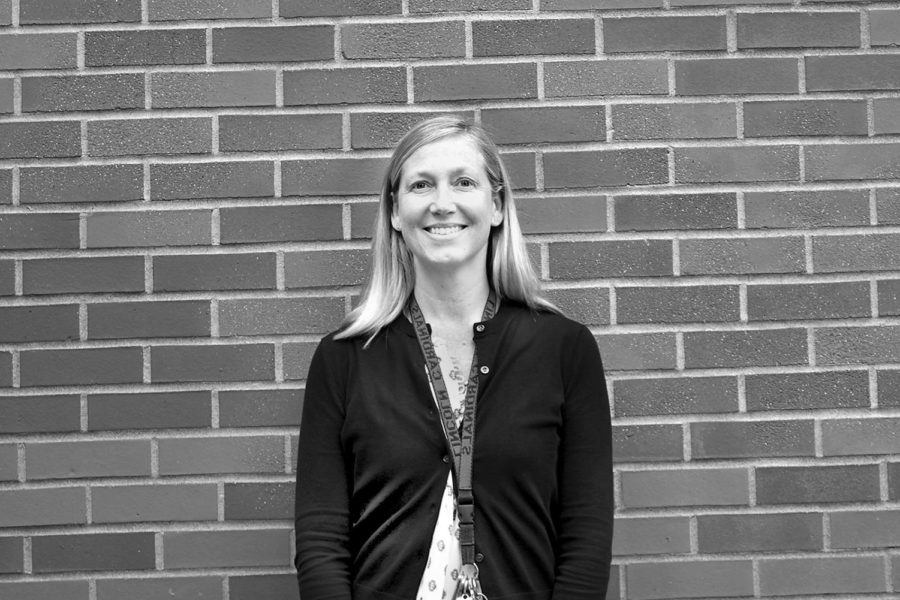 Peyton Chapman, principal at Lincoln, is well-known throughout Portland, but has now made herself known through the entire United States school system. In her 12th year at Lincoln, she has been nominated to be the President of the Executive Committee of the Oregon Association of Secondary School Administrators (OASSA).

She will take over the position next year, and serve a one-year term.

In her new role, Chapman will lead the organization in its goal to ¨to develop cooperation, professional growth, promote the general welfare of secondary school administrators and work cooperatively with the Oregon Board of Education and other groups, organizations and institutions in the support of public and private secondary education.¨

Beginning at Franklin High School as leadership and activities director, Chapman found herself in positions to better her schools for both students and teachers. During her time at Franklin, she joined the State Accreditation Committee (SAC). Later, at Madison High School, while serving as vice principal, Chapman got more involved in the state accreditation work, which lead to her initial nomination to the OASSP board.

¨[Being on the board] is about being willing to say yes and share a vision,¨ Chapman says.

Chapman has taught and served at a wide variety of schools from high-poverty, diverse institutions to predominantly white, high income schools. She also taught middle school before joining the high school scene. Chapman feels as though this experience helped her earn the nomination along with giving her good insight to share with the board.

In addition to the OASSA board, she has also served on the National Association of Secondary School Principals (NASSP) board.

¨It adds a lot of time, you have to travel, be away from family, but it interests and excites me because I go and get great ideas,¨ Chapman says.

Serving on the board of the NASSP has given her the opportunity to discuss school reforms on a national level, along with individual topics such as school facilities and supporting transgender youth. The board members also are trained on how to discuss issues with state representatives.

She explains that when amazing ideas are discussed, she brings them back to Lincoln, such as the Critical Race Studies exhibition night named Race Talks last spring.

Chapman mentions that after her time serving on the national board, she realizes she is lucky to be living in Portland. A lot of the work that has been done, along with what she has publicly stood up for, wouldn’t be allowed in other location around the country, she said.

“Some of my colleagues said they could never speak freely about supporting their transgender youth without fearing losing their funding.”

Oregon has its own issues, according to Chapman. She mentions that other states have better school infrastructure, and safe schools. She has and will continue to use this as leverage to put pressure on the state to make improvements. Chapman said that other states are doing better at providing a multicultural, international education. She believes that all of her work will better Lincoln, the state and schools throughout the nation.

Vice principal Ginger Taylor has also served on many boards, including the Portland State University dual credit board. She too feels as though these boards have lead to many improvements at Lincoln. Having spots on various boards can connect other schools with Lincoln, allowing for communication between the two.

History teacher Fred Fox praises Chapman for being on the OASSA board and states its importance to Lincoln and the entire state’s school system.

¨Her leadership on these committees has a ripple effect outward to all these schools,¨ he said.