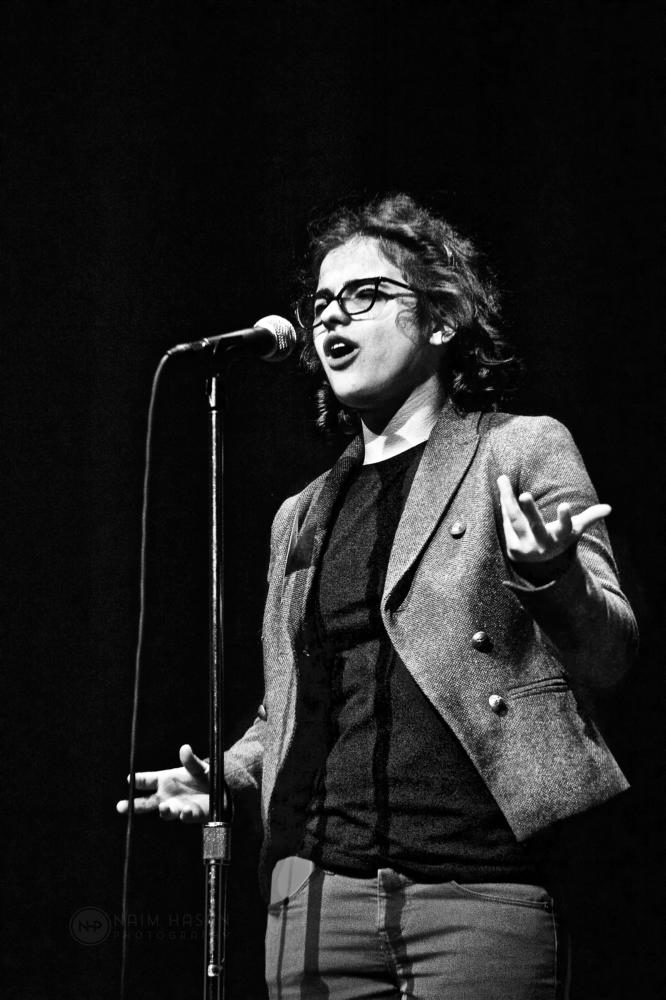 She is headed to Nationals in Birmingham, Alabama, later this month.

Abbruzzese got her start in speech and debate after transferring to Lincoln her sophomore year from Saint Mary’s Academy. She then began the Speech and Debate elective class, however, she disliked the class.

“I [talked] with her about the possibility of individual events,” says Owen. She remembers that when Abbruzzese arrived she was “already very gifted as a speaker” and “had a natural level of confidence.”

After getting her start in speech and debate, Abbruzzese grew to love the activity and the people who were a part of the program.

Along with her debate accomplishments, Abbruzzese has become a prominent slam poet in Portland.

“Slam poetry was an outlet for me when I was dealing with depression in ninth grade to get out my feelings and all that quintessential teenage angst,” says Abbruzzese. She then recalls reading her poems at speech and debate tournaments because she “wanted to have an outlet to read [her] own poetry.”

Since then, Abbruzzese has read her poems at countless different competitions and appearances, including Verselandia, a city wide high school slam poetry competition. She also serves as a youth poet ambassador for the city of Portland.

In addition to all of her extracurriculars, Abbruzzese tries to find time for school work.

“I’m not the best at balancing my school life and debate,” says Abbruzzese. She adds that she decided to “spend [her] time pursuing [her] passions which [are] debate and slam poetry.”

Ultimately, Abbruzzese “decided to take classes based on [her] passions” and “found that [she] was able to do well enough [in school] and excel in [her] outside interests of debate.”

Abbruzzese plans to continue doing speech and debate and slam poetry at the University of Oregon by joining the U of O Debate team and competing in college slams..

Owen foresees that Abbruzzese is “no where near done talking.”