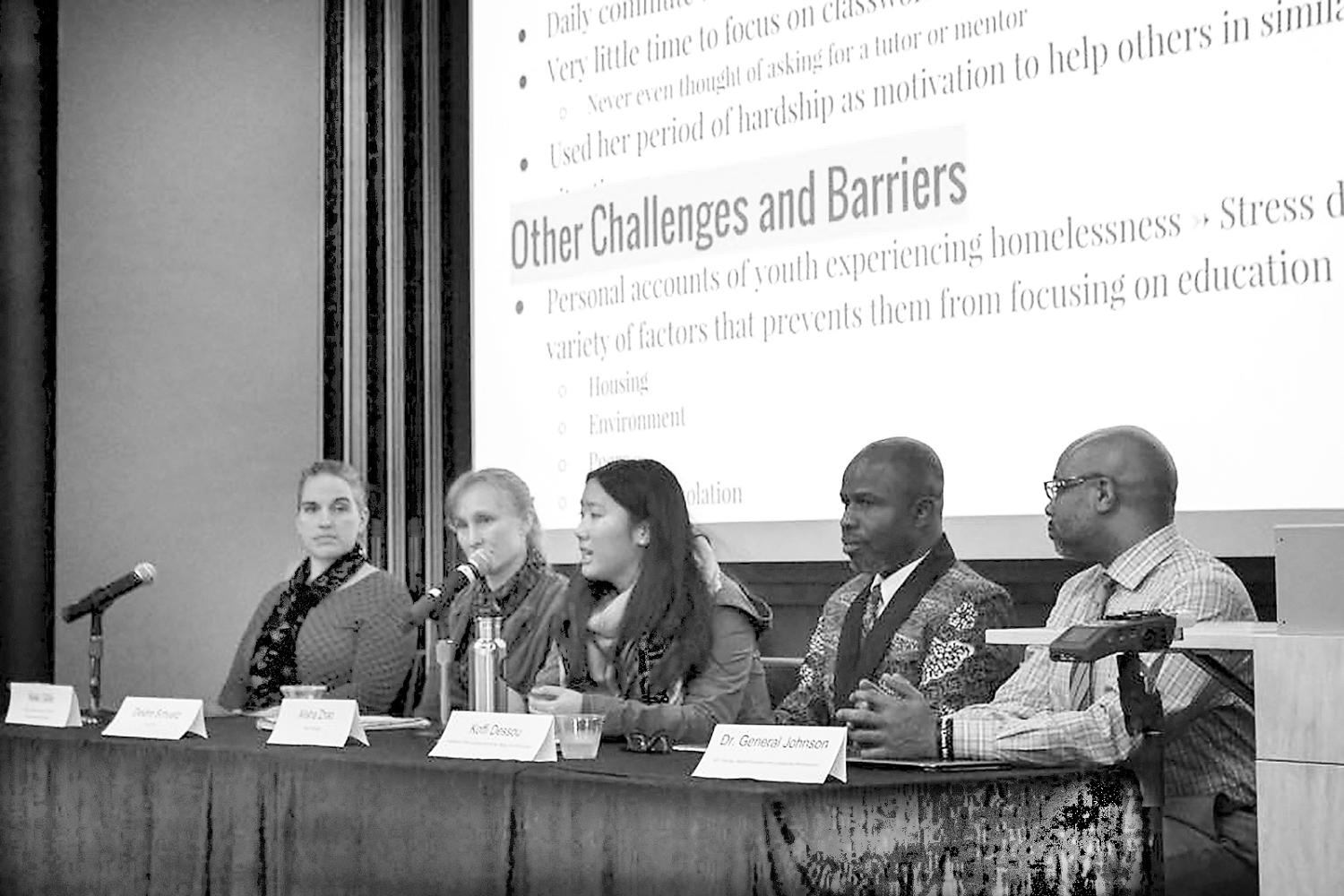 Usually those who give advice to the United Nations are world leaders and leading academics, but Lincoln senior Alisha Zhao joined their ranks while still in high school.

During her freshman year, Alisha Zhao started the Hope For Homeless Club. It has now grown into a city-wide organization called the Kids First Project that serves 500 families at eight different locations.

Zhao began volunteering for Portland Homeless Family Solutions, a shelter for families near Lincoln, the summer before her freshman year. While volunteering, she realized “there are a lot of needs that Lincoln could really help address.”

Club advisor and Lincoln teacher Susan Snyder says she has “never seen a club so active.” She adds that Zhao “does everything,” is a “fabulous organizer” and “inspires the members” of the club.

Due to Zhao’s work with the Kids First Project, she has received many different awards. These include being appointed to the United Nations Commission on the Status of Women 2060, to the Human Rights Commission of Portland as the first youth in the position, to the State Farm Youth Advisory Board and to the Plan International Youth Advisory Board.

These different appointments have given Zhao the opportunity to travel abroad for many different conferences which in turn forced her to miss weeks of school at a time.

“It’s definitely important to create strong connections with your teachers,” she says. She adds that when she is gone she makes sure to keep up on her homework and retake all the tests she missed when she gets back, and that it is “tiring but very worth it to have those international experiences while also being able to do school.”

Next year, Zhao plans on attending Stanford University on a full ride scholarship. Additionally, she plans on adding either a San Jose or San Francisco chapter to the Kids First Project.

Zhao says, “I chose Stanford because it has an incredible service learning center.” She hopes the learning center will help expand her organization and she plans on involving other Stanford students in the project.

As for the Portland chapter of the Kids First Project, Zhao plans on handing off the leadership to Lincoln junior Kerry Horton.

She hopes that all Lincoln students will begin to advocate for their own cause and says to “never say no to an opportunity, and to never be afraid of a challenge.”