The Cardinal Times • May 30, 2017 • https://cardinaltimes.org/11100/showcase/cardinal-brings-business-education-to-students-worldwide/ 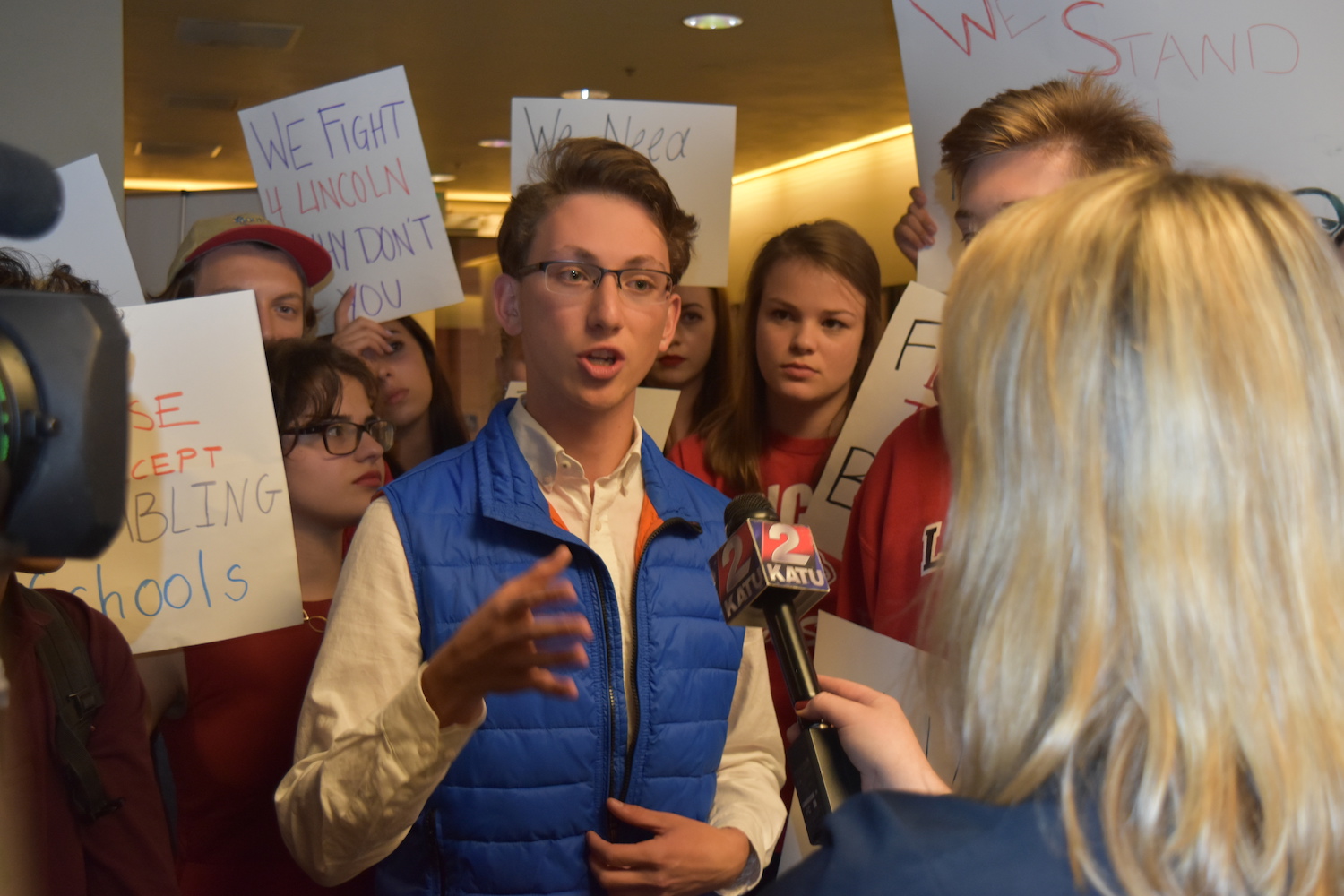 Senior Michael Ioffe speaks to the media after holding a sit-in at PPS headquarters on Sept. 6, 2016.

For many Lincoln students, graduating from high school and maintaining a good GPA in order to get into college is the goal. Michael Ioffe has accomplished both these goals, and has been busy doing much more.

Ioffe, founder of Stumptown Speaker Series and eventually TILE (Talks on Innovation Leadership and Entrepreneurship) has created an international success. TILE bills itself as the world’s largest student-run speaker series and it has 117 locations in 21 countries, all across the globe. TILE´s goal is to create more accessible conversation with innovators and entrepreneurs for everyone.

Next year, Ioffe will take a gap year in order to further expand TILE. Ioffe believes that TILE can affect an entire generation of innovators and entrepreneurs along with reshaping business and leaderships ethics for the better.

¨I quickly realized the model I created for Stumptown Speaker Series was scalable and could be used by any person in the world,¨ said Ioffe.

In addition, Ioffe has taken a large leadership role within Lincoln and the local youth. He has spoken in TEDX talks and led Lincoln in a school wide walkout when Portland Public Schools chose to delay the vote on a school bond measure.

In just four years, Ioffe has left a deep mark on both Lincoln and the world.