The Cardinal Times • May 13, 2017 • https://cardinaltimes.org/11055/news/spring-play-brings-laughs-to-lhs-closes-tonight-gallery/ 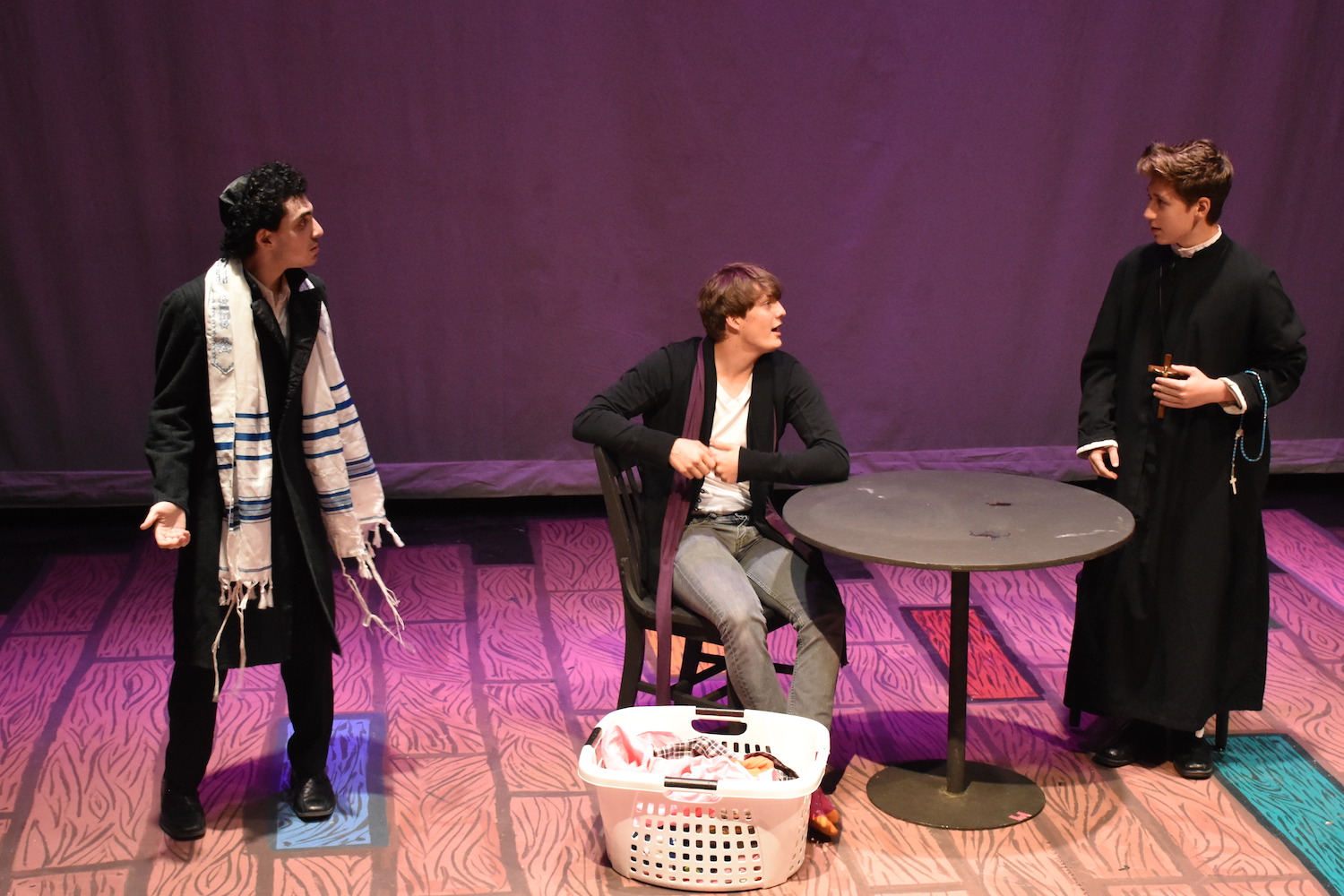 The drama department will hold its final production of “Durang Durang” Saturday evening after five successful shows beginning last week. Above, see a gallery from their May 11 performance.

“Durang Durang” is a compilation of six acts directed by Lincoln students, under the direction of theatre teacher Jim Peerenboom, and based on the works of director Christopher Durang.

Audiences have enjoyed the show, according to the Lincoln administration. In an email announcement, business manager Jill Ross said, “People came out to the lobby during intermission wiping tears from their cheeks after laughing so hard.”

One audience member told Ross, “This show is absolutely hilarious. These kids are great…they have done such a good job!  Better than some professional theater companies around town!”

The show starts at 7:30 and tickets are $7 for students and $10 for parents. Teachers can go for free. Buy tickets here.