How sun affects student performance in the classroom 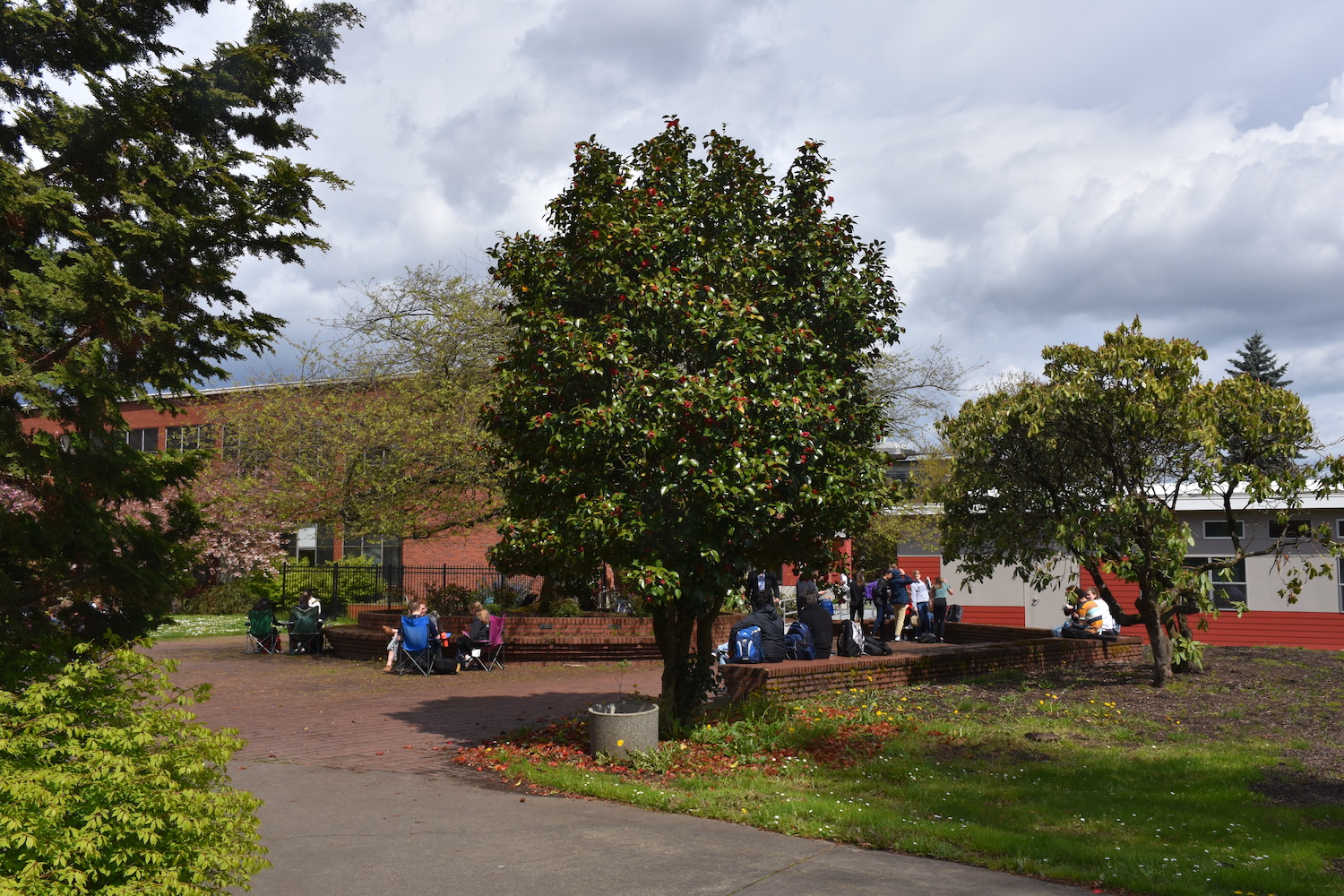 Students enjoy the sun in the Lincoln courtyard on April 18. The rays may benefit the students in the classroom, according to experts.

People love it when it appears. People miss it when it is gone. People move in search for it. Indeed, the sun influences individuals in ways one could never imagine.

With fatigue being a common issue for Portland’s Lincoln students, the Cardinal Times decided to investigate its effects.

Sun increases vitamin D, which in turn increases levels of a hormone called serotonin, according to Psychology Today. The hormone moderates mood levels, and a moderately higher level of it may lead to more happiness.

“Research would suggest that our brains are sensitive to light cycles. The release of a series of neurochemicals are tied to light and dark periods,” Lancaster says.

He adds that when one’s eyelids are closed, a “certain amount of sunlight could be penetrating [them],” and the nervous system perceives this light. “The presence of ambient light will start turning on neurochemicals that are meant to bring your brain to wakefulness.”

Lancaster also notes that sunlight increases melatonin and serotonin release. Melatonin is attributed to regulation of wake cycles and control of sleep.

The psychology teacher believes Portland’s weather this year may have influenced Lincoln students and teachers.

On the positive side, for men, sunlight could increase testosterone, which is attributed to muscle mass. A study from Graz University in Austria found that men with 30 nanograms of vitamin D per milliliter of blood enjoyed significantly more testosterone than those deficient in vitamin D.

People receive most of their vitamin D from sunlight, according to the British National Health Service.

Vitamin D may also benefit women. The Institute of Food and Agricultural Sciences recommends that pregnant women intake 600 International Units of vitamin D. IUs measure fat soluble vitamins, including vitamins A, D and E. A recent study conducted by US researchers  found that pregnant women who took in 4000 IUs of vitamin D were 50 percent less likely to have premature births.