Is someone watching you? 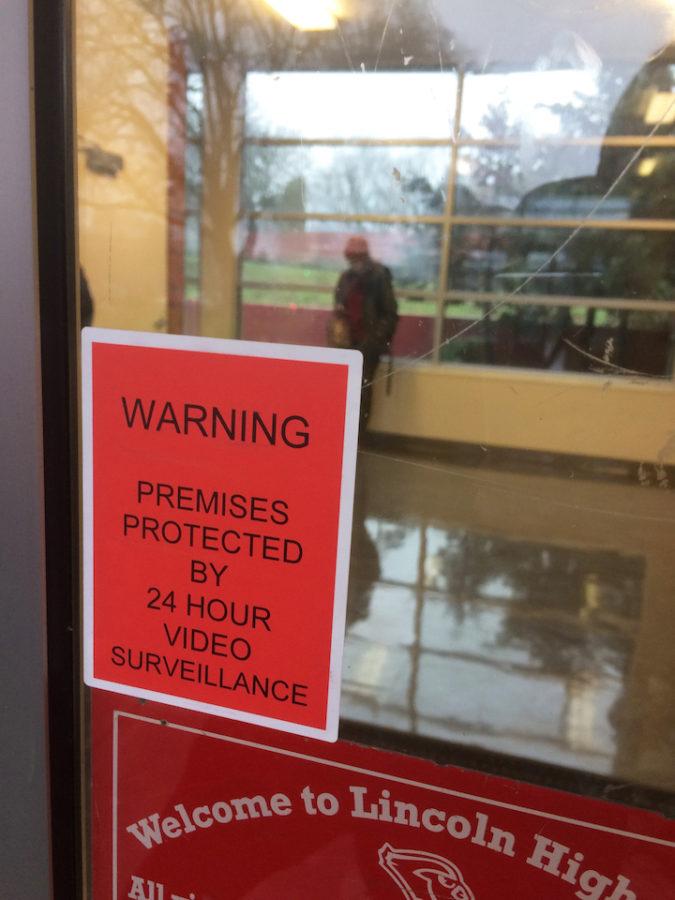 These stickers have made some Lincoln students question if they are being watched.

Is somebody watching you? You might think so if you’ve seen these stickers around the school. Turns out nobody is, at least not with hidden cameras. The Cardinal Times investigated these stickers and it turns out they may have been a mistake.

Vice principal Alfredo Quintero says that he doesn’t know what the stickers are for, but that he believes they have been added to all schools in Portland Public Schools. He adds that the administration is actually planning to take down the stickers at Lincoln.

For now the appearance of the stickers may remain a mystery.