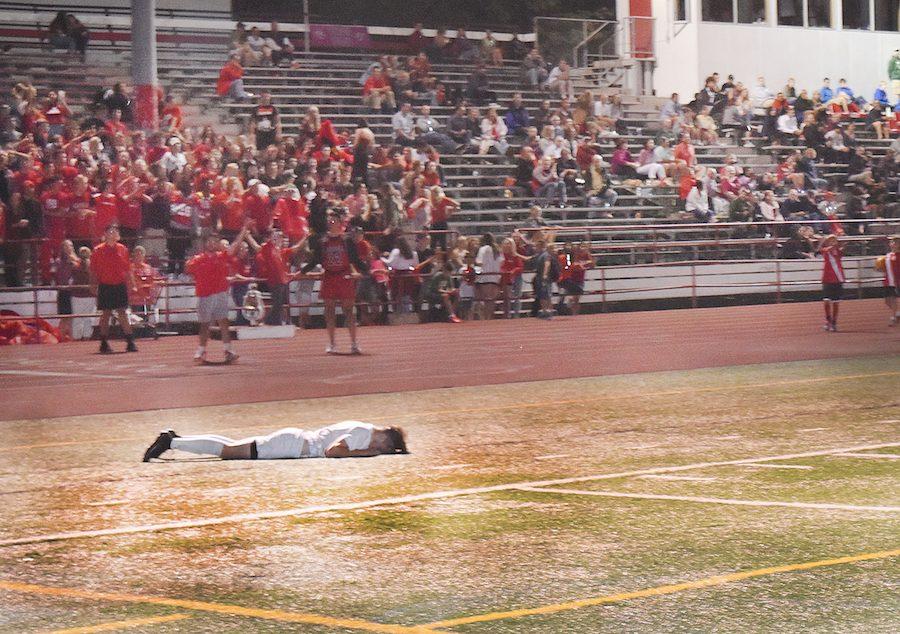 Senior Carson Graham lies on the ground during the Crosstown Clash, a 2-0 loss to Grant.

The boys ended the season ranked 16th by the OSAA, despite hopes of reliving their state championship success from last season. The team did make it to the playoffs this year, only to be done after the first round, losing to 2-0 to McKay.

Their head coach, Facundo Dipascuale, said the team did have some successes.

“The team did well to find their own identity and style of play,” Dipascuale said. “The coaching staff’s expectations were to compete in every game. The guys worked hard this year to make sure that we did that game in and game out.”