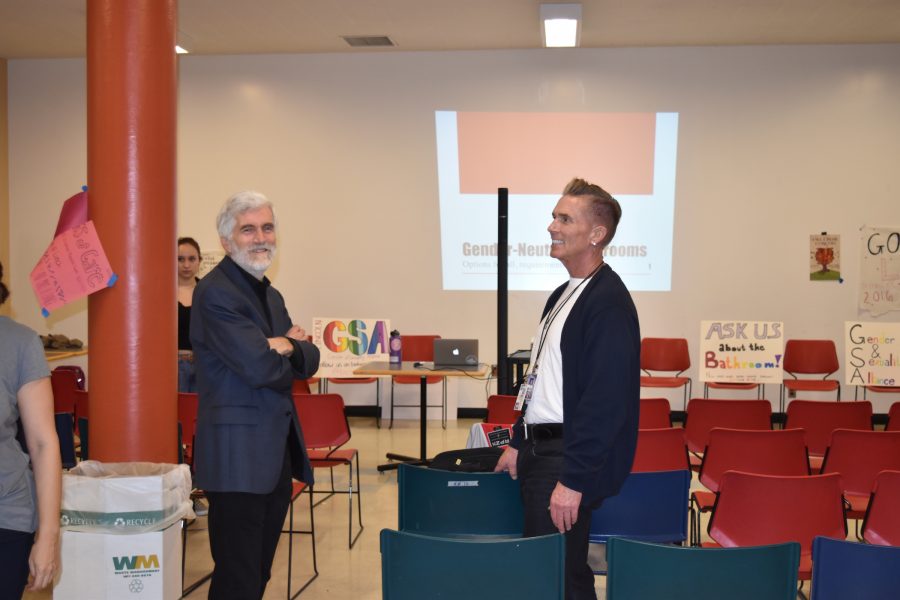 For the last five years, members of the LGBTQ+ community have been trying to get a gender neutral bathroom at Lincoln. The bathroom will finally be made official in a ceremony during 8th period today, and open to students on Nov. 22.

The bathroom will be in junior hall, replacing the current women’s bathroom. Nothing in the interior is going to change, just the sign on the outside. This will allow use for any student of any gender.

“Kids will be able to use it starting the following week because it’ll open at the end of the day,” says Leah Burian, leader of the bathroom project. The project is run through the Gender Sexuality Alliance Club. It meets on Tuesdays at lunch in room 146 and all are welcome.

Five years ago, people were “adamant about getting a bathroom. The original plans of the bathroom didn’t work out with the district, the timing wasn’t right and they didn’t have enough leaders that wanted to help out. This past year they got people together who were interested in leading the project and that’s when the project officially started happening” Burian says.

A panel and discussion was held Oct. 26 on the upcoming opening of the bathroom. “It was a courageous conversation about the gender neutral bathroom. Parents were allowed to come for the thirty minute presentation,” says Burian.