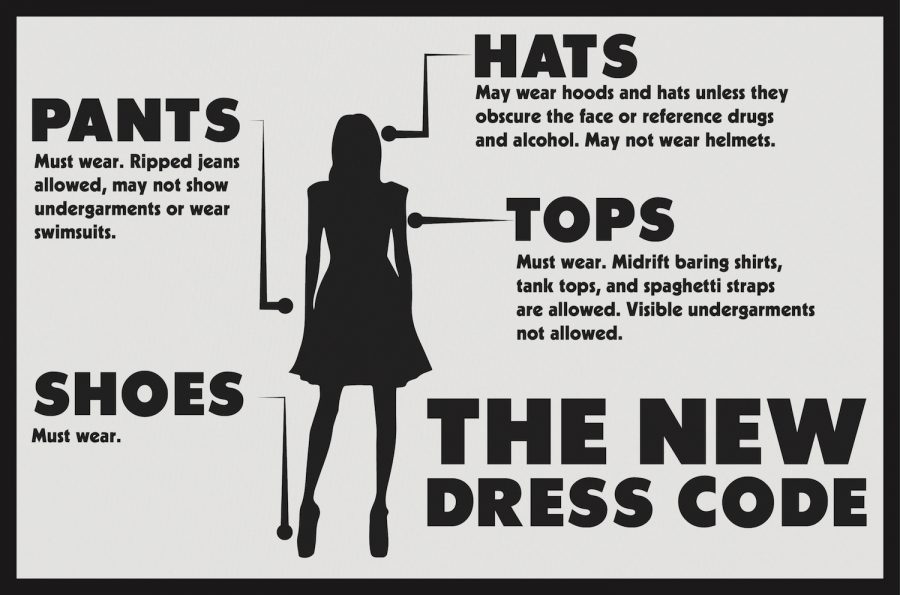 When students arrived at Lincoln this fall, they were faced with a new dress code, although few may have noticed.

The new code focuses more on gender neutrality and also allows students to dress according to personal preference.

The new code is less restrictive than the old code, which was printed in the school’s planner that was distributed at the start of the school year.

Senior Karolina Skupien said the new code makes her feel more comfortable, like no one is out to get her, “even though it was pretty relaxed before.”

The new code actually dates back to May 16, when a district dress code advisory committee presented assistant superintendent Antonio Lopez with its recommendation for the revised dress code for Portland Public Schools.

This followed a movement among middle schoolers to make the school board recognize the dress code as fundamentally sexist.

In recent times, dress codes at Lincoln have not been strictly enforced. While some students have been “dress coded” in the past, most violations were overlooked.

Because of this, most students at Lincoln have not noticed the change, or drastically changed their clothing choices. Simply by looking around the school, one would not see much of a difference. The change is in how students feel, not look.

The more informal policy allows students to focus more on their education, rather than if their inseam meets the requirement.

“I don’t really think there should be much [of a] dress code,” said Faith Pauken, sophomore. Most students seem to agree. When asked what their limits was, most students took a fairly lax stance.

Some people did have limits, though. Nothing that would “be distracting for anyone,” said junior Sarah Hindlin, referring to bras worn on their own and anything that would show the entire butt.

Though most schools in the United States have a fairly strict dress code, other countries have been known to be a bit more relaxed. Senior Aron Gruber recalled a school he attended in Hungary.

“They didn’t have any dress code at all. [Students would] do whatever they want to and it was unpunishable.” Gruber felt that this was an appropriate stance on the issue.

Regardless of their past experiences, students agree on one thing.

Junior Aidan Anastas also stated a similar position, stating, “you have to wear at least some clothes.”

When it comes down to it, most students think that common sense and social norms are enough to regulate clothing choices.

Dress codes have been strictly policed in schools as long as anyone can remember, yet many students fail to see why. As senior Jessica Zhao eloquently said, “you can focus through a tank top.”